You have no items in your shopping cart

View all results (0)
No products found...

Herbal Elixir is designed with all that nature has to offer. It is composed of over 120 powerful herbs and minerals. The elixir was originally developed for the Pigeon sport, it also turned out to have a favorable effect on other species where the resistance and the condition already, with only a few milliliters per day, were raised. 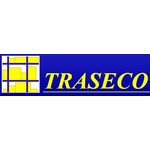